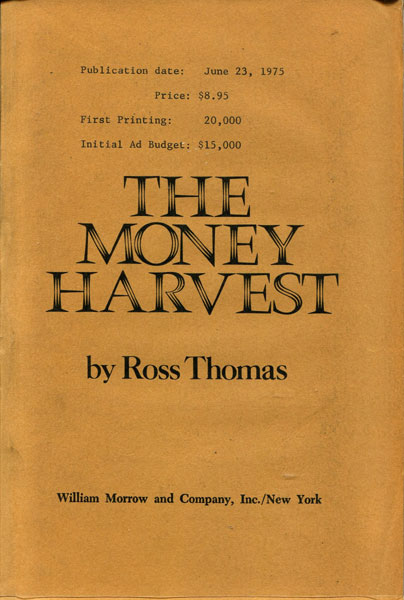 First edition. Uncorrected proofs. Very good in printed wrappers. Review letter laid-in. A few hours before he was to have revealed a shocking secret, ninety-two-year-old Crawdad Gilmore, advisor to six presidents, is murdered. Jake Pope is called-in to figure out who killed him and why, following a trail that leads from the federal bureaucracy to a half-maniac, half-genius Chicago hoodlum.

Kharduni. A Mystery Of The Secret Service
by Andrew Soutar

Shadows In Bronze.
by Lindsey. Davis