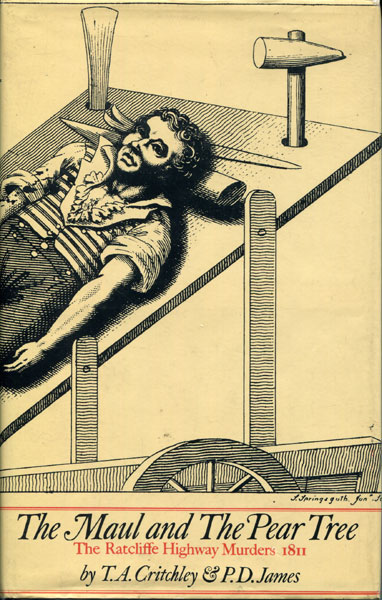 The Maul And The Pear Tree. The Ratcliffe Highway Murders 1811.

First edition. Signed by P. D. James and with a brief signed inscription by T. A. Critchley on the half title page. Fine in dust jacket. The Ratcliffe Highway murders were compared to the Jack the Ripper murders. There were several brutal murders before John Williams was accused and whose corpse was paraded through the streets with a stake in his heart. But was he guilty? Was he murderer or victim?