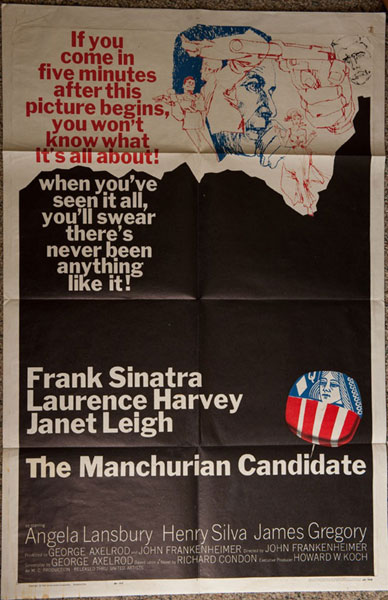 Based on the 1959 book of the same name by Richard Condon, the film was directed by John Frankheimer and starred Laurence Harvey, Frank Sinatra, Janet Leigh, Angela Lansbury, Henry Silva, James Gregory, and others. A tiny bit of soiling to bottom edge of unprinted border, else near fine and folded. Suitable to be backed with linen and matted and framed.

What Dreams May Come.
by Richard. Matheson

Gold From Gemini.
by Jonathan. Gash

The Gibbon In China. An Essay In Chinese …
by R. H. Van Gulik

The Collection.
by James. Crumley