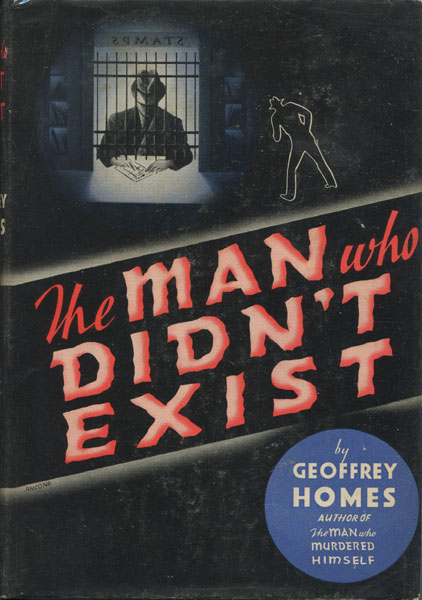 The Man Who Didn't Exist

First edition. Author's third mystery. Fine bright copy in dust jacket with minor wear to the head of spine and corners and back panel. A suicide note pinned to a coat and found on a park bench and signed Zenophen Zwick. The name was obviously a pseudonym but Zwick, or who ever he was, was also one of the most famous mystery authors in America. Tens of thousands read his books and movie producers scrambled for the screen rights. A newspaper clipping found in the pocket of the coat, suggested that he might be one of five well-known authors, and since Zwick was dead, Robin Bishop thought it would be easy to discover his real identity. But was he really dead or was this just some hoax to gain publicity? Robin had to find out. He found a man who said he thought he could identify Zwick, and a few hours later he was found dead. This was no hoax, this was murder!

Aunt Dimity And The Duke.
by Nancy. Atherton

Shadows In Bronze.
by Lindsey. Davis

Sanders Of The River.
by Edgar. Wallace