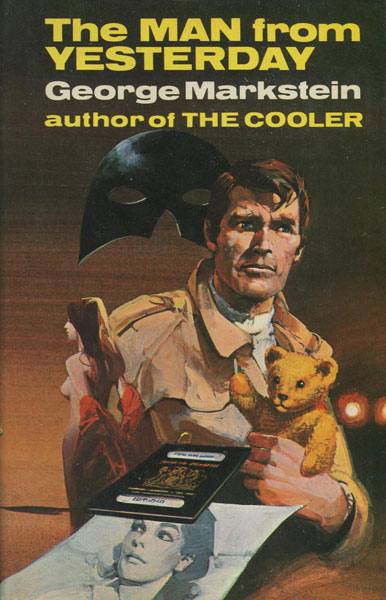 The Man From Yesterday.

First edition. Author's second book. Fine in dust jacket. Espionage between friends and espionage between Britain and the United States is hardly ever discussed or acknowledged, but Robert Kell is an American intelligence agent in England and he is bending the rules. Years later an American senator and presidential hopeful, pressures both American and British intelligence services to silence Kell, first through the offer of a high-paying job and then through violence. The author was the screenwriter for the movie THE ODESSA FILE, and the creator of the television series THE PRISONER, that aired in 1967 - 1968 for 17 episodes and starred Patrick McGoohan as secret agent 6. Agent 6, after resigning as a secret agent is abducted and taken to what looks like an idyllic village, but is really a bizarre prison. His warders demand information. He gives them nothing, but only tries to escape.

Dan Dunn, Secret Operative 48 And The Crime …
by Norman Marsh

Max Trueblood And The Jersey Desperado.
by Teri. White

Hue And Cry.
by Thomas B. Dewey