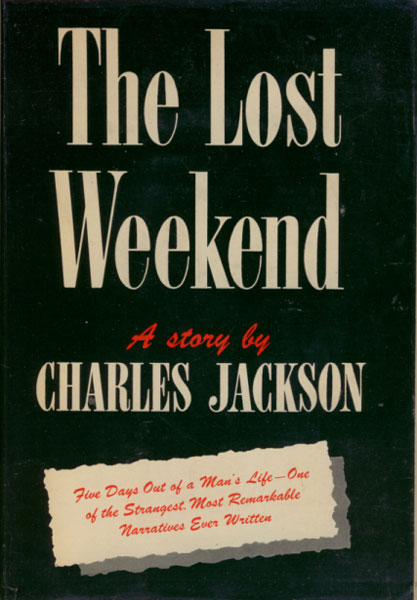 Other works by CHARLES JACKSON

First edition. Author's first book. The author's warm contemporary presentation inscription, "For Dick May -- On the occasion of the beginning of a long & very swell friendship -- with many thanks for what you've done & are doing. Fondly, Charlie. Jan. 27 '44." The Dark Page p.168 says, "... a semi-autobiographical account of his own (Charles Jackson) struggles with alcohol, and he used his celebrity to become an advocate against substance abuse. Jackson is noted for being one of the first speakers in Alcoholics Anonymous to acknowledge drug dependence as part of his recovery story. He wrote a handful of novels in the years that followed, but never quite repeated his initial success. He committed suicide in 1968." Ray Milland, cast against type, earned a well-deserved Oscar for his role as a tortured alcoholic in the 1945 Billy Wilder film for which Wilder himself won Oscars for best screenplay and direction. Fine, bright copy in dust jacket with some minor professional restoration to spine ends. Sharp copy.

A Thief Of Time.
TONY HILLERMAN