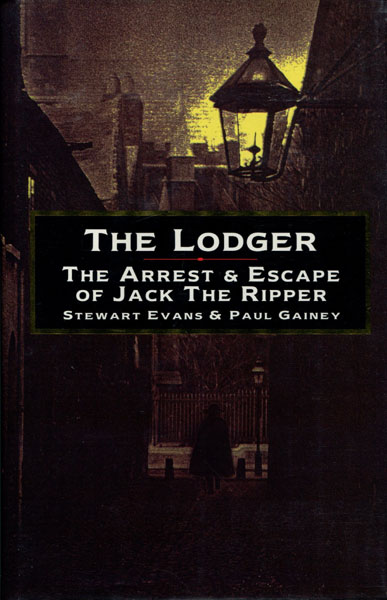 The Lodger. The Arrest & Escape Of Jack The Ripper.

First edition. Fine in dust jacket. "In 1993, a cache of Edwardian letters came into the possession of Stewart Evans, a British policeman who collects true crime memorabilia. In the packet was a single letter of enormous importance. Written by the head of the Secret Department (later to become the Special Branch), this letter revealed the identity of the man police at the time believed to be Jack the Ripper -- the killer responsible for a hideous string of murders in the Whitechapel district of London. This book unmasks the Ripper as an American doctor arrested shortly after the last murder, who fled police custody and escaped to America -- where he continued his horrific killing spree."

No Alibi.
JAKUBOWSKI, MAXIM [EDITED BY].