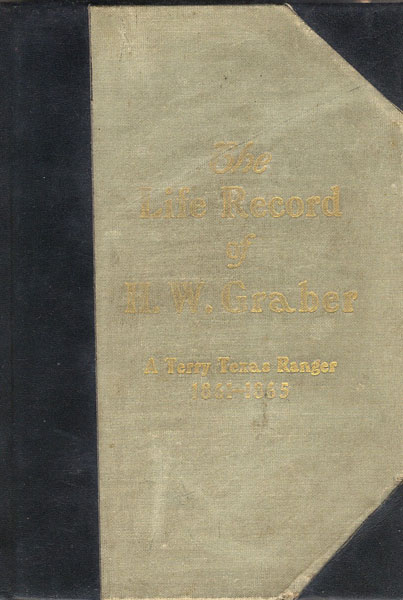 First edition. 8vo. Three quarter leather and cloth, frontis., (portrait of H. W. Graber), 442 pp., preface. One of the finest narratives relating to the 8th Texas Cavalry and his reminiscences of early Ellis and Dallas Counties. His experiences during the Civil War were both numerous and varied in nature, as he was wounded in Tennessee and captured, tried to escape, and was imprisoned. Eventually he was paroled and rejoined his command in time to take part in the middle Tennessee Campaign. Eventually, at the end of the war, he returned to Texas after declining parole and requesting to be sent home. One of the rarest and desirable of the Texas Confederate regimentals. Howes G279, "printed in a small edition." Original spine professionally replaced, new front and rear endpapers, typed note dated 1911 to Mrs. Graber and newspaper review from 1916 laid-in, else a very good, tight, square copy of a rare book. HOWES G279.

Three Years Among The Indians In North Dakota
by J. H Drips

Tombstone: Who, What, When, Where
by Rita Ackerman

Thomason: The Autobiography Of A Federal Judge.
Joseph M. Ray [Edited And Annotated By]