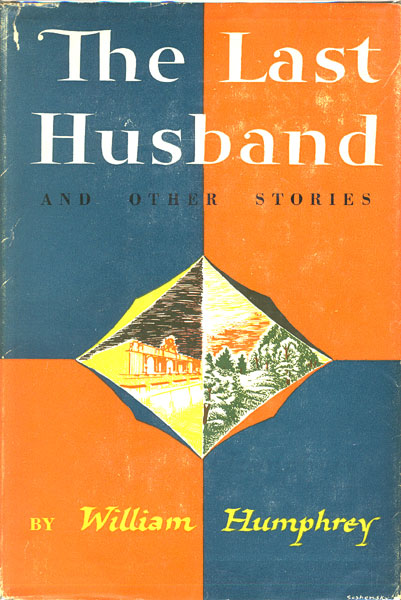 The Last Husband And Other Stories

First edition. Author's first book. Inscribed "For Harry and Elizabeth Ford, Affectionately, Bill Humphrey, Jan. 20, 1958." Harry Ford was one of the founders of Atheneum Press and legendary editor of William Merwin, James Merrill, Philip Lavine, and many other poets. "A well written group of stories centered on personal lives, on people in relation to their families. The title story tells of a man who so believed in marriage that he had to carry on affairs to evince this faith in face of his own meaningless one. Then there are the stories of the son who felt compelled to fill his father's shoes, to be his father; of Sister, whose mother tolerantly let her keep the cats Sister needed to make up for her mother's indifference; of an artist whose friends and wife have succeeded and who discovers he is no longer a young man on the upgrade; of a man whose family had no use for him when he had a farming accident and of coincident despair and death." Very good in dust jacket lightly sunned on the spine and with a short closed tear to top edge of front panel.

The Art Of Tom Lea. With An Introduction …
Kathleen G. Hjerter [Compiled By]

The Office.
by Fredric. Brown

The Ghostway.
by Tony. Hillerman