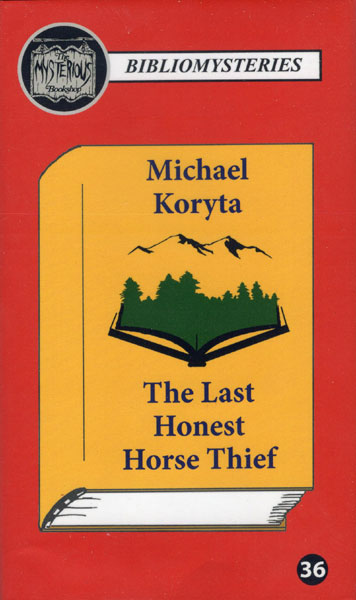 First edition. Limited to 100 copies issued in cloth, numbered and signed by the author. As new, unread copy in dust jacket. The novella tells a story from the childhood of Koryta's series character, Markus Novak, raised by a family of cons. When his mother is arrested during a job, Markus gets separated from her and his uncles and put into foster care. He spends his days working the farm and his nights restoring a rusty old 1950s Chevrolet. Then a note left by his uncles and found in an old dusty paperback at a local pawnshop gives him a clue as to their whereabouts, and he sets his sights on leaving to be with them again. Restoring the car soon becomes his only hope of reaching his family, and a dusty old manual his only hope of making it run once again.

A Place Called Earp. The Town Named For …
by Jim. Dullenty

The Blind Pig.
by Jon A. Jackson