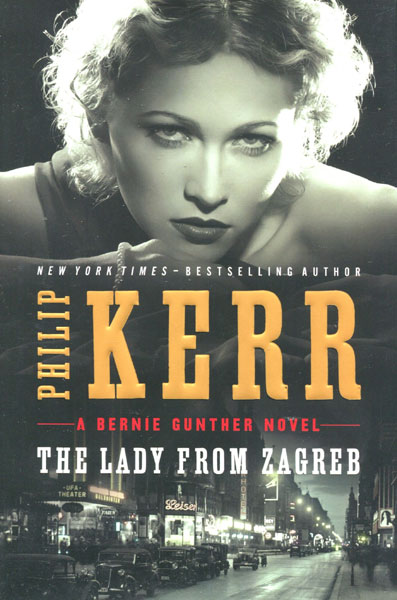 The Lady From Zagreb

First edition. Signed by the author. Fine in dust jacket. Bernie is hired to find the father of the rising star of German cinema, Dalia Dresner. And if escaping Berlin for a beautiful woman isn't motivation enough, there's the small matter of the request's origin: Goebbels himself. But Dresner's father hails from Yugoslavia, a country so riven by sectarian horrors that even Bernie's stomach is turned. And meanwhile the previous year's cold case lingers on, and there's only so long Bernie can stay away. Bernie hasn't mellowed one bit, and his mordant wit and cynical observations are as sharp as ever. But even with monsters at home and abroad, one thing alone drives him on from Berlin to Zagreb to Zurich: Bernie Gunther has fallen in love.

The Well Of Lost Plots
by Jasper Fforde

Playmates.
by Robert B. Parker

The Case Of The Negligent Nymph.
by Erle Stanley. Gardner