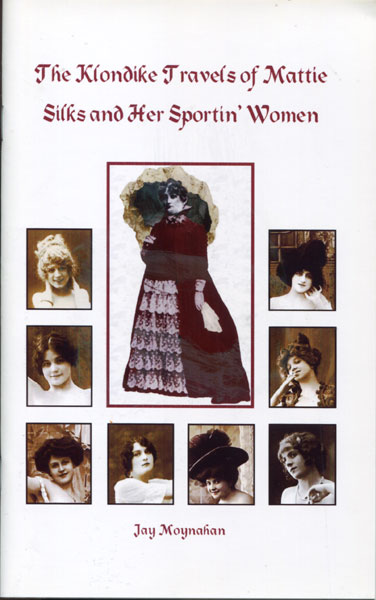 The Klondike Travels Of Mattie Silks And Her Sportin' Women

First edition. 8vo. Signed by the compiler. Pictorial stiff wrappers, 57 pp., acknowledgments, introduction, illustrated from photographs. This is the story of madam Mattie Silks, eight beautiful prostitutes, and their thrilling and dangerous 1898 trip to the Klondike gold fields. Denver madam Mattie Silks decided to travel north and get her gold by providing sportin’ women for the lonely miners. Mattie chose eight of her most attractive young prostitutes to accompany her. The group could not have chosen a worse time of the year. The Yukon interior was frigid, with the mercury dropping to between -30̊F and -50̊F. There were no trains or roads, only trails. They traveled over 500 miles in these arduous conditions. On her trip home through Skagway, Mattie crossed paths with an old nemesis, Soapy Smith. Smith and his gang made plans to rob and murder Mattie. As new.

A Radical Departure.
by Lia. Matera