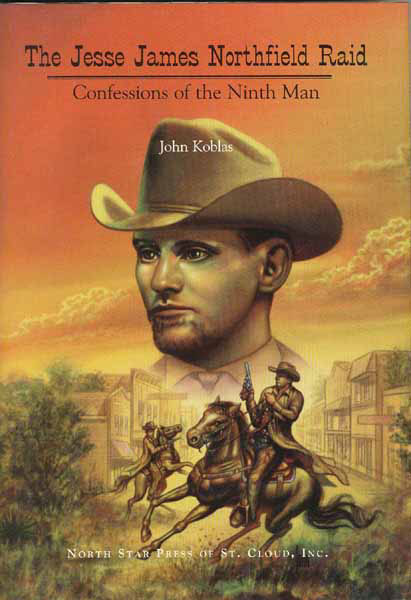 The Jesse James Northfield Raid, Confessions Of The Ninth Man.

First edition. Boards, 261pp., numerous illustrations, index. Bill Stiles was believed to be the identity of one of the bank robbers killed at Northfield, Minnesota in the famous bank robbery attempt by the James Younger gang. The author has researched accounts and claims that Stiles was not the robber killed in Northfield and that he actually lived to the age of 86 before dying in 1939. An interesting account with much information about the Northfield Bank robbery itself as well as the famous gang members. As new in dust jacket. Signed.

Three Years Among The Indians And Mexicans
by General Thomas James

Bertie And The Seven Bodies. From The Detective …
by Peter. Lovesey

Firearms In The Custer Battle.
by John E. And John S. Dumont. Parsons