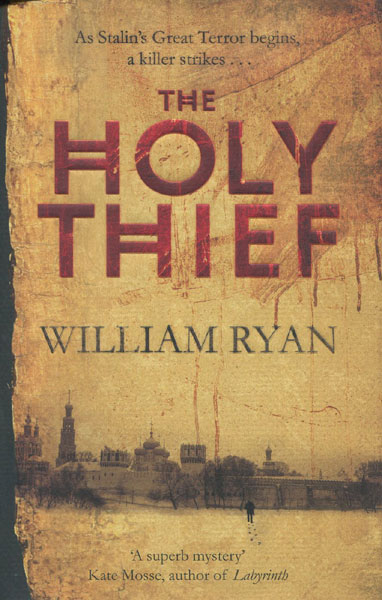 There is a page that has been tipped-into the trade edition that states that this copy is one of 500 numbered copies of the first edition and signed by the author. It also states that this edition was published by Mantle in association with Goldsboro Books, May 2010. The true first edition is the trade edition. Author's first book. Fine in fine dust jacket. Introduces Captain Alexei Korolev of the Criminal Investigation Division of the Moscow Militia. It’s 1936 and life under Stalin is precarious, dangerous, unpredictable, and fraught with insecurity .... no one can be trusted and no one is immune from false accusations. Signs of the Great Purge are beginning to show when the mutilated body of a young woman is found in the former sacristy of a deconsecrated church. Korolev is asked to investigate, but when he discovers that the dead woman was an American citizen, the NKVD, the feared state security department, begins to scrutinize his every move. Korolev knows that even a slight misstep or hint of disloyalty will result in his banishment to the Zone, the often fatal camp and prison system for criminal and political offenders. The discovery of a second tortured body bearing distinctive prison tattoos, leads Korolev to Count Kolya, the head of the Thieves who run Moscow’s underworld. Their uneasy alliance provides Korolev with information about the the missing and very valuable icon of Our Lady of Kazan. This icon disappeared in 1905 with rumors circulating that it has been hidden in Russia. There is no limit to the amount of money emigres are willing to pay to bring the icon to the United States. Korolev further understands that the murders may have been ordered to satisfy the greed of someone in the police. Creasey Award Nominee.

The Eyes Of Death.
JOHN BENTLEY