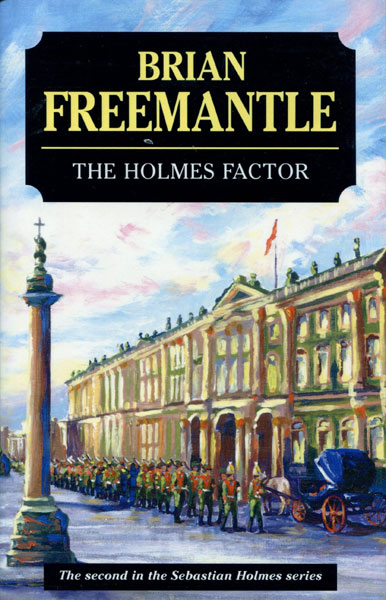 Other works by BRIAN FREEMANTLE

First world edition. Fine in fine dust jacket. The second Sebastian Holmes, son of the legendary Sherlock, adventure. It's just weeks from the outbreak of WWI, a conflict few expect to erupt. If it does, Russia is pivotal. But Russia, having survived one abortive revolution, seethes with unrest. Lenin, Trotsky and Stalin plot a second. The witchlike monk, Rasputin, has ingratiated himself sufficiently with the Tsar and Tsarina to dictate government policy. Will Russia fight? Will the Romanov dynasty be overthrown? If they are, will Britain accept them in exile? To answer such questions - upon which British war policy depends - Sebastian Holmes is dispatched to St. Petersburg, where he infiltrates the revolutionaries and the imperial court. There, the unpredictable chef of the Tsar's secret police tries to manipulate Sebastian for personal reasons. As does his contact in the British embassy - in which Sebastian discover spies for both Russia and Germany - and by whom he is betrayed into giving a false assurance that threatens his own life.

The Mystery Of The Yellow Room
GASTON LEROUX