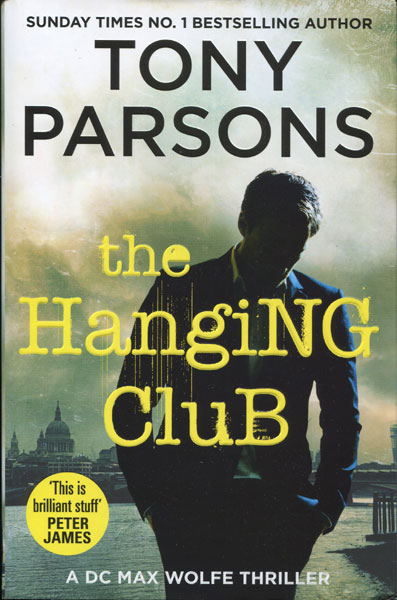 First edition. Signed by the author on the title page. As new, unread copy in dust jacket. DC Max Wolfe finds himself up against some unlikely enemies. A band of vigilante executioners roam London's hot summer nights, abducting evil men and hanging them by the neck until dead. Those sentenced to death include a gang member who's abused vulnerable girls, a wealthy drunk driver who's mowed down a child, and a hate preacher calling for the murder of British soldiers. As the bodies pile up and riots explode across the sweltering city, DC Max Wolfe hunts a gang of killers who many believe to be heroes. And discovers that the lust for revenge starts very close to home.

The Black-Eyed Blonde. A Philip Marlowe Novel
by Benjamin Black

A Regimental Affair.
by Allan. Mallinson

Versions Of The Truth.
by Richard. Parrish