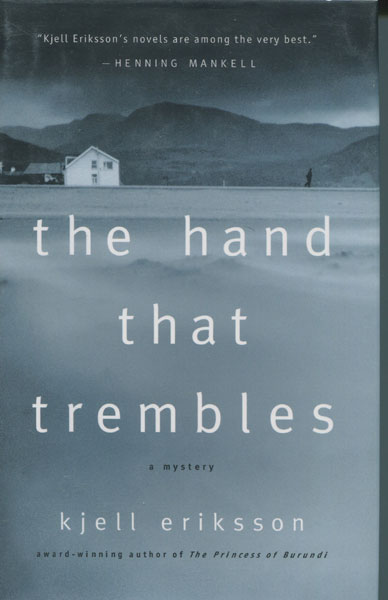 The Hand That Trembles

First U.S. edition. Translated from the Swedish by Ebba Segerberg. Fine in dust jacket. The fourth book in the Ann Lindell series. In Uppsala, Sweden, County Commissioner Sven-Arne Persson suddenly walks out of a business meeting and disappears. Years later, one of his former neighbors sees someone who looks like him on the streets of Bangalore. Could it possibly be him? If so, why would he vanish to India? Back in Uppsala, Inspector Ann Lindell is investigating the discovery of a dismembered female foot that has been found in an area occupied by a number of single men.

Journey Into Fear.
by Eric. Ambler

An Omnibus Of Terror. Three Mysteries.
by Dorothy B. Hughes

The House Of Sudden Sleep.
by John. Hawk