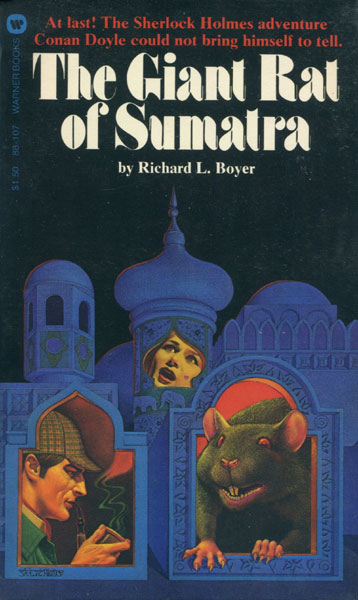 The Giant Rat Of Sumatra.

Other works by RICK BOYER

First edition. Signed. PBO. Author's first book. Very good in pictorial wrappers. The giant rat of Sumatra appeared briefly in Sherlock Holmes" "The Adventure of the Sussex Vampire." Watson had promised Holmes that he would keep the chronicle about the giant rat a secret until 1976. So finally the story of terror about a "giant rat," and Hound of the Baskerville's villain, Stapleton, can be revealed! A Sherlock Holmes adventure Conan Doyle could not bring himself to tell!

A Land Of Hard Times. Serving The Front …
PEG BOWDEN