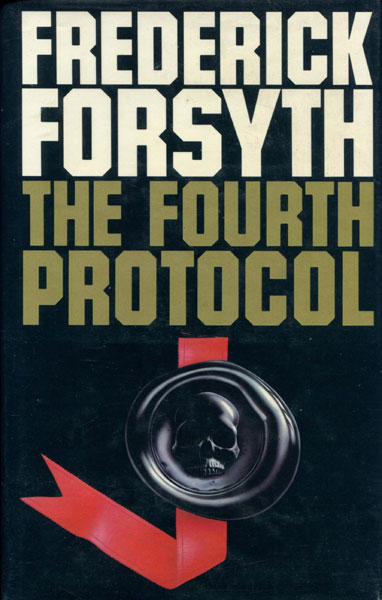 First edition. Fine in dust jacket. Plan Aurora is executed with relentless brilliance and skill by a hand-picked team. A Soviet agent, placed under cover in a quiet Suffolk town, begins to assemble the pieces of a jigsaw of devastation. Working blind on the faintest of clues, MI5 investigator John Preston leads an operation of the greatest urgency, racing against an unknown deadline, feuding within the group and lethal power games among his own superiors. ".....for sheer excitement, for incomparable storytelling, for its rivetingly authentic detail, for its revelations about the explosive interface between politics and intelligence activity on both sides The Fourth Protocol is a mighty entertainment by the world's master thriller-writer, a superlative adventure in a class of its own."

The Further Side Of Fear.
by Helen. Mccloy

A Choice Of Enemies.
by Ted. Allbeury

Cutter And Bone.
by Newton. Thornburg