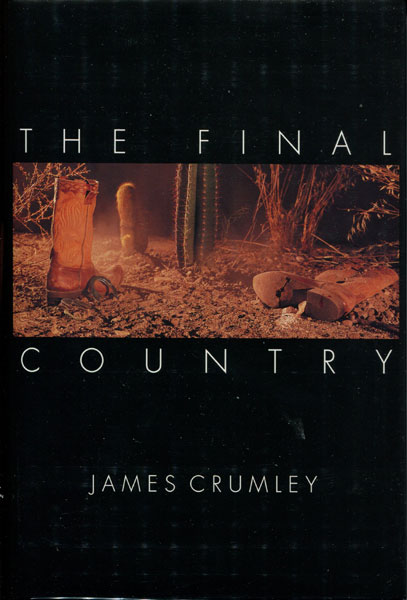 First edition. One of 400 copies bound in Brillianta cloth and numbered and signed by the author. This is copy # 100. As new in dust jacket. Slipcase. Milo Milodragovitch is back in Texas, running the bar of his dreams and trying to do a little private investigating on the side. His relationship with his woman is on the rocks ever since his overnight fling with the classy, Molly McBride. Now, she's persuaded Milo to help her search for and bring to justice the lowlife who raped and murdered her sister. A simple stakeout turns hideously violent when it's discovered that Molly's prey is no ordinary villain, but a brute with major political connections. Soon Milo is calling on connections of his own, including his old pal C.W. "Sonny" Sughrue. Silver Dagger Award Winner.

Waiting For The End Of The World.
ANDREW TAYLOR