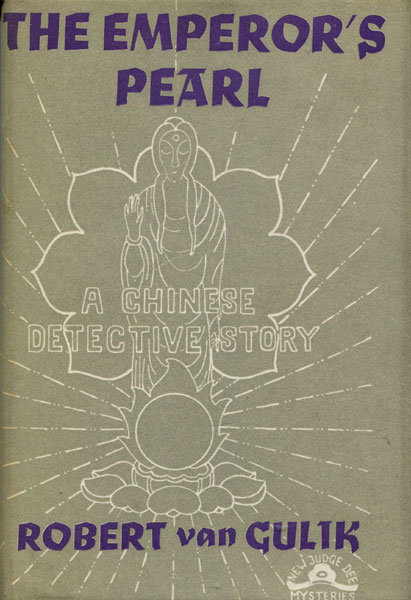 First edition. Fine in dust jacket, lightly sunned on the spine. Three tales of murder and suspense, the death of a drummer poisoned at the Poo-yang dragon boat races, a beautiful woman found murdered in a deserted country mansion, and an ancient tragedy involving the theft of the Emperor's Pearl, a near-legendary treasure that was stolen from the Imperial Harem a hundred years before. Judge Dee and his trusty adviser, Sergeant Hoong, solve each of the cases.

Funeral In Berlin.
by Len. Deighton

The Fifth Angel.
by David. Wiltse