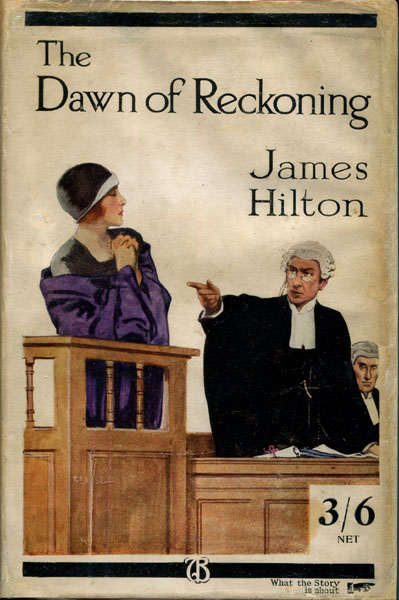 The Dawn Of Reckoning

First edition. Former owner's inked name and address on the front pastedown sheet, completely covered by the dust jacket flap, lightly foxed throughout, and spine panel a little dull, else a very good copy in dust jacket with light restoration to the spine ends and corners. From the author who brought us Lost Horizon (1933), Goodbye Mr. Chips (1934), and Random Harvest (1941) and each inspired successful film adaptations, comes a novel of psychological suspense. It's the story of Phillip Monsell, a man who seems doomed to failure in everything in life that he attempts. Made into the 1941 MGM film, Rage In Heaven that starred Robert Montgomery, Ingrid Bergman, George Sanders, Lucile Watson, and Oscar Homolka.

A Feast Of Carrion.
KEITH MCCARTHY

The Voice Of The Seven Sparrows
HARRY STEPHEN KEELER