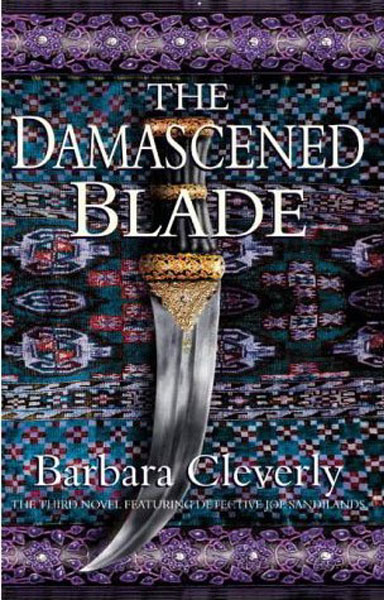 Other works by BARBARA CLEVERLY

First edition. Signed by the author. Fine, unread copy in fine dust jacket. The North West Frontier 1910...the screams of a wounded British officer at the bottom of a dark gorge are heard by a young Scotsman. Ignoring the command to retreat, the Highlander sets out alone to rescue his fellow officer from being tortured to death. Twelve years later, the tragic incident threatens to engulf Detective Joe Sandilands. Joe is spending leave with an old army friend, James Lindsay, commander of the front line fort at Gor Khatri. An uneasy truce has been holding with the Afghans to the north; yet everyone is aware of the common saying, 'When the peace treaty has been signed - that's when the war starts.' Into this sensitive situation comes a group of visitors to the fort...war observer, spy, doctor, and trader. Each has a strong personal reason for being in this volatile place. Unfortunately for Joe, he is put in charge of one of them who happens to be a rich and confident American girl. When one of the guests mysteriously dies, Joe and James have seven days to identify, arrest and execute the murderer before the frontier erupts into war.