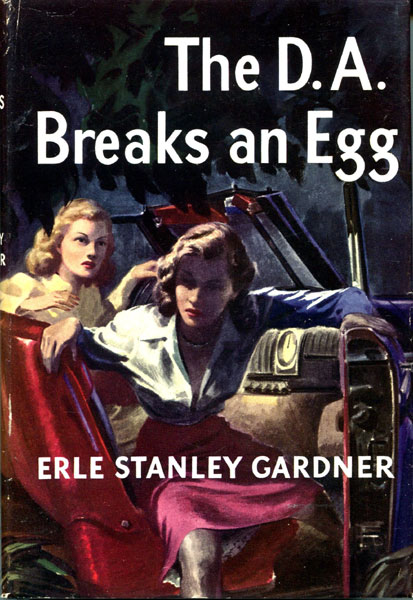 First edition. Fine, bright, square copy in crisp, bright dust jacket with minor rubbing to head of spine. "D.A. Doug Selby was in trouble again. An enticing redhead had been murdered; the county newspaper, The Blade, was after his neck; he had an unsolved jewelry theft on his hands and that sly, unscrupulous attorney A.B. Carr was running circles around him. Selby knew that somehow or other all four of his troubles were tied up in one explosive bundle. But how could he open the bundle ... without setting off more murder?" An exceptional copy.

Jim Thompson: The Killers Inside Him.
by Max Allan And Ed Gorman. Collins

The Silver Mistress.
by Peter. O'Donnell