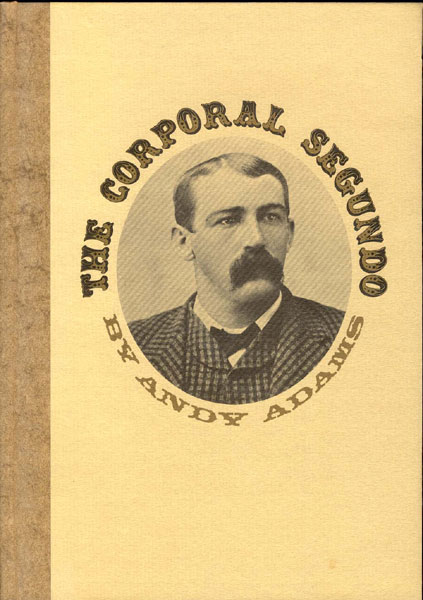 First edition. 8vo. Limited to 750 numbered copies. Signed by the publisher on the colophon page and by Wilson M. Hudson who edited and provided an introduction. Two-tone paper over boards with a portrait of Adams on the front cover, and titles stamped in brown ink on the spine, ix [blank], 56 pp., untrimmed at right. This play is Adams' first attempt at writing and while it was never published until 1968, he used some of the material in his later stories. Fine in protective, transparent dust jacket.

Letters: Past And Present, To My Nephews And …
by Mrs. O. L. Shipman

Uniforms, Arms, And Equipment. The U.S. Army On …
by Douglas C. Mcchristian

The Doublet Affair.
by Fiona. Buckley

Tongues Of The Monte
by J. Frank Dobie