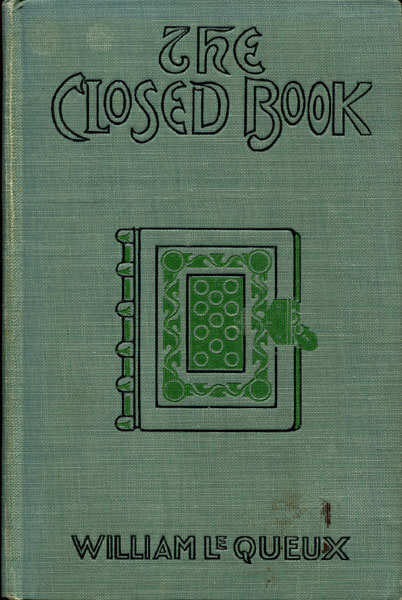 The Closed Book. Concerning The Secret Of The Borgias

Reprint edition. Originally published in 1904. Tiny stain on lower front cover, else near fine in green pictorial cloth over boards, lacking a dust jacket. A 14th century illuminated manuscript contains a hidden later secret message concerning Lucrezia Borgia's poison and the location of a casket containing the Borgia's jewels including the historic poison ring that had dealt death so often. An unscrupulous hunchback Italian bookseller meets his death due to the venomous pages of the book. A fascinating bibliomystery.