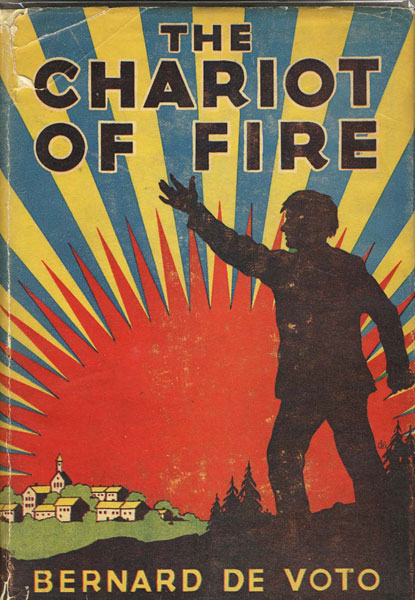 The Chariot Of Fire

First edition. Former owner's small, neat name stamp on top edge of front fly leaf, and the first few pages show light wear to the fore-edges due to having been carelessly opened, else a near fine, clean copy in dust jacket with light wear to the spine ends, corners, and extremities, with a closed tear to the top of the front panel slightly in the channel. The second of four novels set in the West. This story tells us of a riverman, who for a time was the village drunkard, until he "got religion" at a camp meeting. The man and his followers established the CITY OF GOD, where the blind devotion to him rose to such a fevered religious peak that he became acclaimed as the incarnation of GOD himself. Quite a story and uncommon in the dust jacket.

The Benteen-Goldin Letters
by W. A. (Colonel Retired) Graham