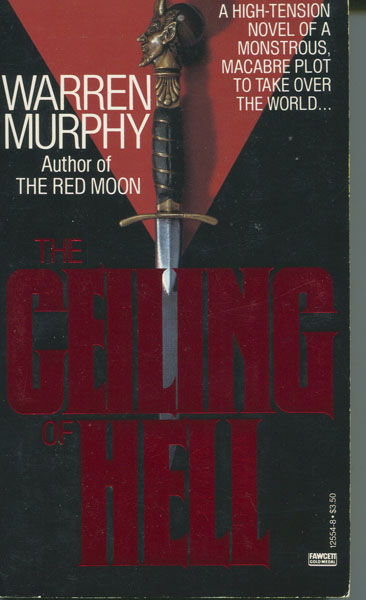 The Ceiling Of Hell.

First edition. PBO. Inscribed. Near fine in pictorial wrappers. Steve Hooks, ex-presidential security guard, is now bodyguard to a German professor whose life had been threatened. The professor wants Hooks to locate Anna Mueller --- and so begins the nightmare ... an adventure in which th ghost of Adolph Hitler cast his evil shadow over a new world.