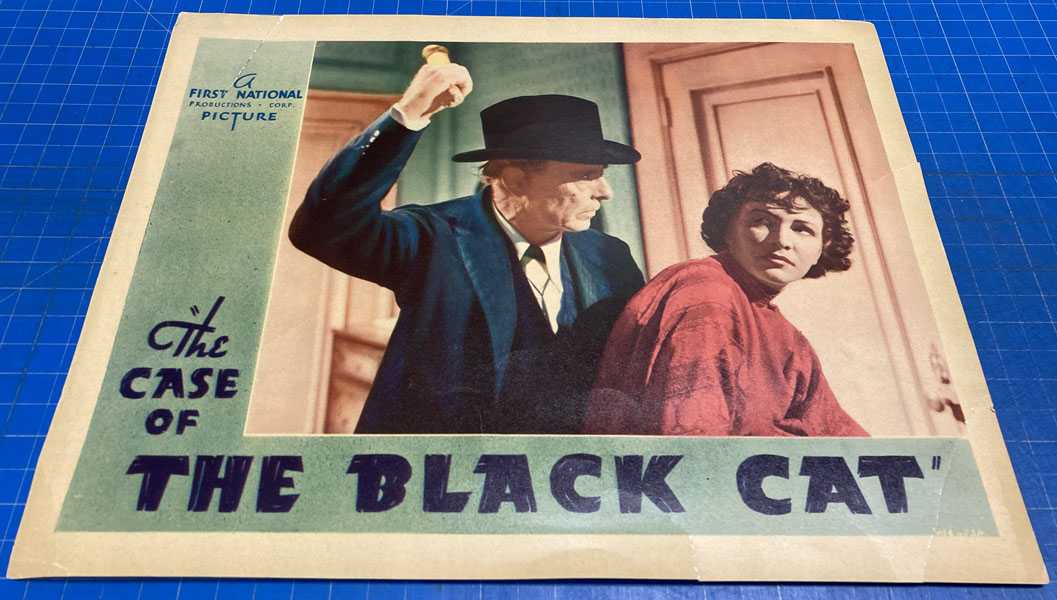 This motion picture is based on the novel The Case Of The Caretaker's Cat, published in 1935. The film starred Ricardo Cortez as Perry Mason and co-starred Jane Bryan and Jane Travis. The fourth and possibly best entry in the not-too-successful series, and Cortez's single appearance as Gardner's famous attorney. Only six Mason films were made and original cinema material for any of them is quite scarce. A small corner crease to upper left side and lower right side of the panel and a small (1") closed tear to the bottom edge, else a very good copy.

The Shudders.
by Anthony. Abbot

No Lovelier Death.
by Graham. Hurley

The Case Of The Caretaker's Cat.
by Erle Stanley. Gardner

The Case Of The Haunted Brides
by William Du Bois