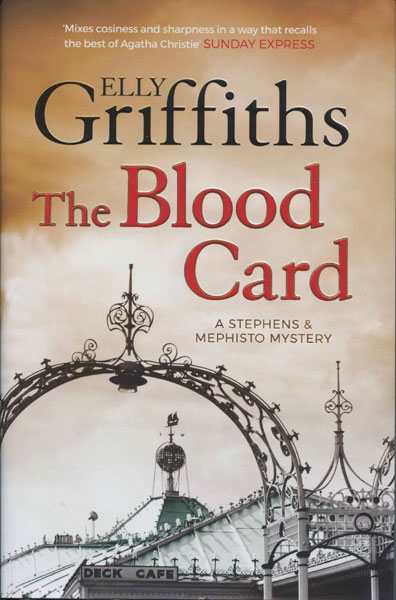 First edition. Signed by the author. Fine in dust jacket.The year is 1953, a few days before the Queen's Coronation. Detective Inspector Edgar Stephens and his former comrade-in-arms, magician Max Mephisto, are summoned to a murder scene by a mysterious General Petre. The victim is Stephens and Mephisto's wartime commander, Colonel Cartwright. Their connection to the murdered man and the playing card placed carefully on the body - the ace of hearts, the Blood Card - are enough to put them on the case. It is Stephens who must drop his current case, the death of a famous Brighton fortune-teller - when the trail of Cartwright's killer leads to New York and an elusive mesmerist who could hold the key to the mystery, but someone else silences him first. It's Sergeant Emma Holmes, back in Brighton, who uncovers a chilling conspiracy: a group plotting a shocking finale to Coronation Day.

The So Blue Marble.
by Dorothy B. Hughes

The Vatican Rip.
by Jonathan. Gash

Puzzle For Pilgrims.
by Patrick. Quentin