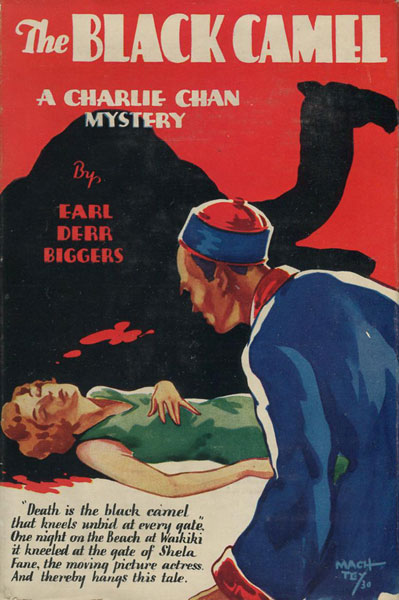 First edition thus. Name stamp of former owner on front fly leaf, else a fine, bright, tight copy in blue cloth and black lettering on front cover and spine, in handsome dust jacket with one tiny rub to top corner of the front panel. An exceptional copy and an early reprint edition. Silver screen goddess, Sheila Fane, has a deep dark secret that makes her reluctant to marry again, though she has just received such a proposal. While in Honolulu shooting her current film, she consults with Tarneverro, fortuneteller to the stars, as to what she should do. After a lot of contemplation, Tarneverro advises her not to marry. Shortly thereafter, Shiela Fane is found murdered. Enter Honolulu police inspector, Charlie Chan.

The World Of Water. Exploring The Sacramento Delta
by Erle Stanley Gardner

Gently By The Shore
by Alan Hunter