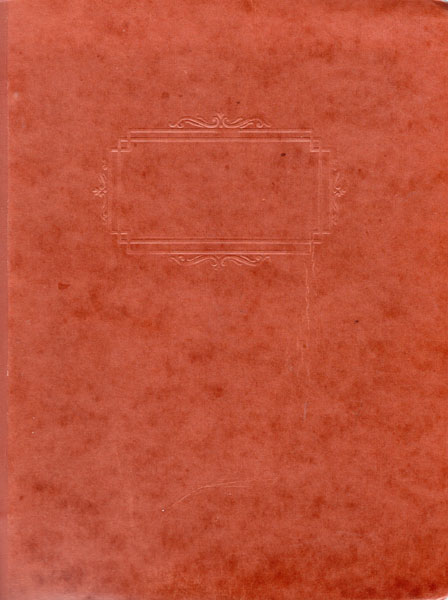 by W. A. (Colonel Retired) Graham

"After Benteen's death, his letters to Goldin were sold to E. A. Brininstool. He later sold them to Phillip Cole of New York. After his death, they were sold to the Thomas Gilcrease Foundation. However Brininstool had retained a copy and allowed Graham to make copies for his study, and from that typed set, several copies were made and distributed" -- John Carroll. Dated 6 February 1952 and contains an introduction and a cover page explaining the differences between Brininstool's and Cole's copies. Typed mimeographed pages in a wire-bound binder, about one inch thick, and contains the unexpurgated text. Although dated 1952, the former owner has signed his name and dated it June 1, 1951. Addressed at bottom corner to Pfc Robert H. Blumbling of Mississippi. This a the mimeographed copy of the original letters. A very unique item and rare! For a detailed history see O'Keefe 958 and Dustin 292. Very good copy.

They Lived In Tubac
by Elizabeth R. Brownell

History Of Later Years Of The Hawaiian Monarchy …
by Prof. W. D. Alexander

The Iron Orchard
by Tom Pendleton