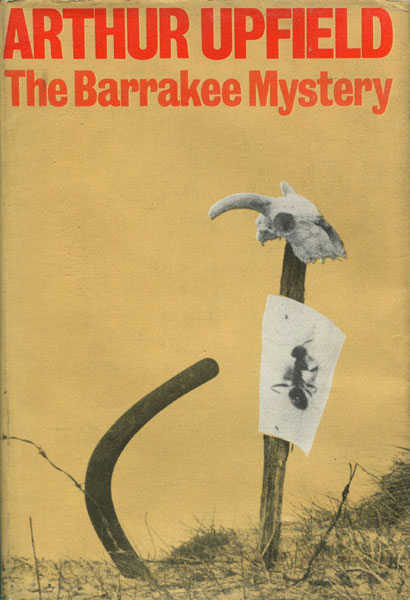 First edition thus. Originally published by Hutchinson & Co., in 1929. Lightly foxed along the fore-edges else fine in dust jacket. Introduces Napoleon Bonaparte the Aboriginal Australian Detective. Set in the Darling River bush country of New South Wales, the murder of an aborigine is a difficult case for Bony to solve. Published as THE LURE OF THE BUSH in the U. S. by Doubleday in 1965.

One Virgin Too Many.
by Lindsey. Davis

The Final Country.
by James Crumley

The Kiss Of Death.
by Eleazar. Lipsky