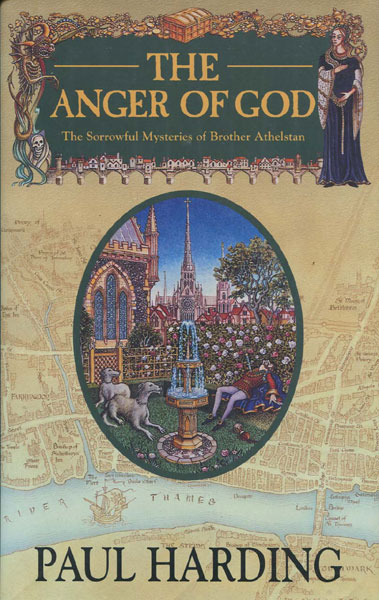 The Anger Of God.

First edition. Fine in dust jacket. Set in the autumn of 1379, the power of the British crown is invested in John of Gaunt, Duke of Lancaster, and the kingdom is seething with discontent. The French are attacking the southern ports, and there is economic hardship in the countryside where the peasants are planning a revolt, organized by the mysterious leader who calls himself Ira Dei, the anger of God. Gaunt is involved in winning over the great merchant princes of the capital when his plans are plunged into chaos by a series of bloody and mysterious murders. In addition, someone is stealing the body parts of executed criminals that have been displayed on London Bridge, a young girl is terrorizing her parents as she appears to be possessed by the devil, and six bars of gold are now missing from a locked chest. In desperation, Gaunt turns to coroner Sir John Cranston and his ally Brother Athelstan.

The Hollow Chest.
by Alice. Tilton

Acts Of Revision.
by Martyn Bedford

The Godfather.
by Mario. Puzo