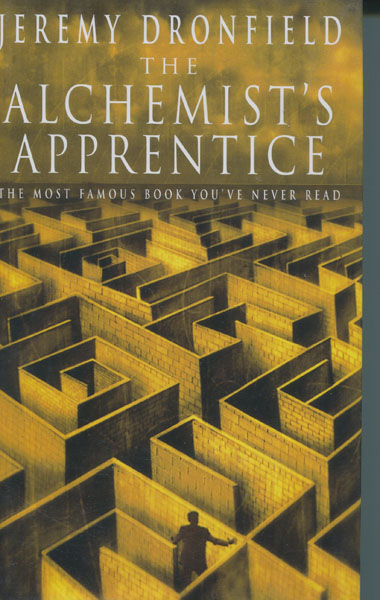 Other works by JEREMY DRONFIELD

First edition. Fine in fine dust jacket. This is subtitled "The most famous book you've never read." Madagascar Rhode's magical novel The Alchemist's Apprentice made him the most famous author in the world. And yet, you've never heard of him or his fantastic book. In order to unravel the tangled threads of reality, you have to start at the beginning which was at a rather strange New Year's Eve party in Cambridgeshire in 1996. Or even earlier, when an unsuccessful novelist called Roderick Bent began a train journey that turned into a nightmare. It really doesn't matter where you start; the point is you'll understand why there's never been another book like it. And most of all, why you can't remember that you've already read it.

The Revenge Of The Hound.
MICHAEL HARDWICK

Hue And Cry.
THOMAS B. DEWEY

The Case Of The Smoking Chimney
ERLE STANLEY GARDNER