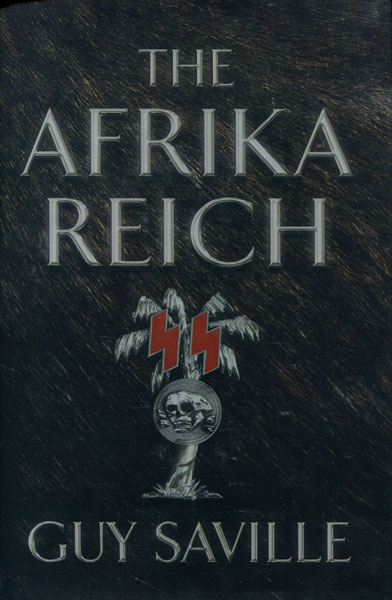 Other works by GUY SAVILLE

First edition. Signed by the author on a numbered card laid-in. Author's first book. Fine in fine dust jacket. 1952: it is more than a decade since the Dunkirk fiasco marked the end of Britain's war and an uneasy peace with Hitler. In Africa, the swastika flies from the Sahara to the Indian Ocean. Gleaming autobahns bisect the jungle and jet fighters patrol the skies. Britain and the Nazis have divided the continent, but now the demonic plans of Walter Hochburg, architect of Nazi Africa, threaten Britain's ailing colonies. In England, ex-mercenary Burton Cole is offered one last contract. He grabs the chance to settle an old score with Hochburg, despite his own misgivings. If Burton fails, unimaginable horrors will be unleashed in Africa. No one.... black or white....will be spared. When his mission turns to disaster, Burton is forced to flee for his life.