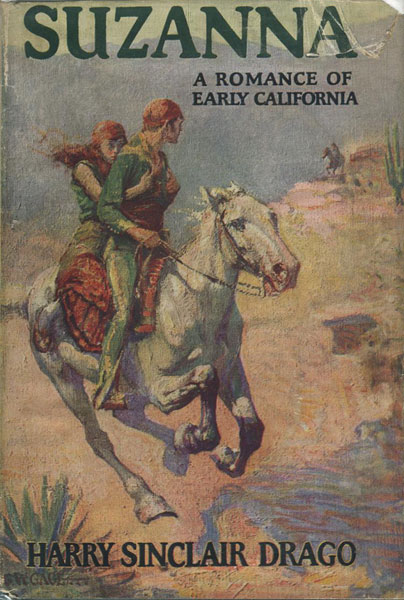 Suzanna. A Romance Of Early California.

First edition. Near fine in decorated cloth in price-clipped dust jacket with a small crease to top edge of front panel and light wear to the extremities. Frontispiece and colorful dust jacket art by G.W. Gage. Twentieth Century Western Writers says: "...is set in 1835 in California, and has a very complicated plot. But it is a real attempt at a historical novel, even though the mystery of the parentage of the two rival girls undercuts the accuracy of the hacienda based rivalry for the two families." Mack Sennett produced Suzanna for the silent screen with Mabel Normand as Suzanna and directed by F. Richard Jones.

Michigan Log Marks-Their Function And Use During The …
ALLEN, CLIFFORD [EDITED BY]