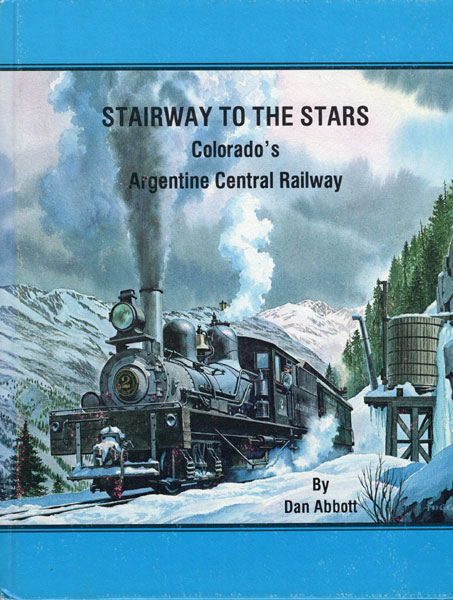 First edition. 4to. This special signed, numbered edition has been limited to 3,000 copies. This is copy 2303. Color, pictorial paper over boards, maps on front and rear endpapers, 160 pp., introduction, prologue, acknowledgements, author's note, illustrated mostly from photographs, plates, two color plates, tables, maps (including one large folding map that is laid-in), appendices, bibliography, index. The large folding map is of the railroad, towns, mountains, rivers and streams. The railroad was built in the early 1900's by Rev. Edward J. Wilcox and traveled from Silver Plume to Mt. McClellan, Colorado, a distance of almost sixteen miles. Billed as the world's highest railroad, the Argentine Central was a narrow-gauge railroad that had a short life. But during its time the reader will discover many poignant stories of this little railroad that added so much to Colorado's colorful history. Light wear to the spine ends, else a near fine, bright, tight copy.

Frontier Crossroads. Fort Davis And The West.
by Robert. Wooster