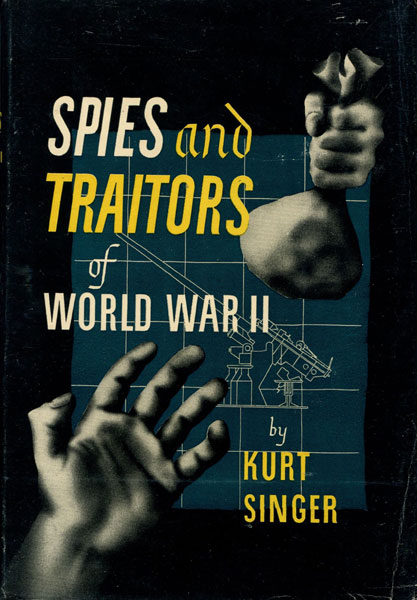 First edition. Signed by the author on the front fly leaf. Very good in dust jacket with minor wear to the spine ends, and lightly rubbed along front flap fold and fore-corners "This is the big spy-book of World War II, the only one that covers all espionage fronts and gives a global picture of undercover warfare." "SPIES AND TRAITORS OF WORLD WAR II fills a big gap in our knowledge of how Germany was defeated and how Japan is being foiled." Published prior to the end of World War II !

Figure Away.
by Phoebe Atwood. Taylor

A Small Town In Germany.
by John. Le Carre

Story Of The Shamrock.
by J. Evetts Haley