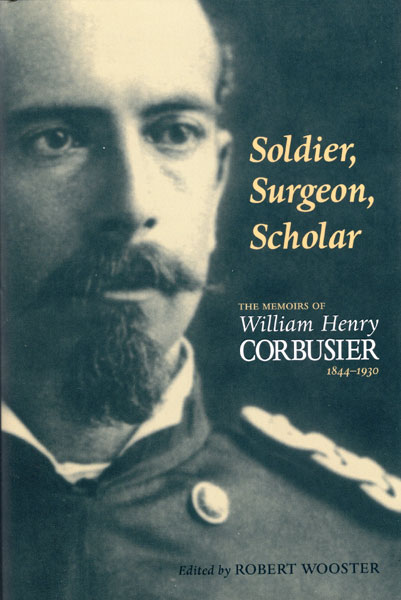 First edition. 8vo. Cloth, cream-colored endpapers, xx, 234 pp., frontis., introduction, illustrated, maps, notes, bibliography, index. Memoirs of an Army officer, surgeon, and ethnographer. He spent his childhood in New York City, adolescence in gold-rush California, and army life from the wilds of Arizona to the jungles of the occupied Philippines. His memoir covers seventeen military assignments in the South, the Northeast, the Great Lakes, and the American West, as well as two tours of duty in the Philippine Islands. As an ethnographer and ethnologist Corbusier published studies of the languages and cultures of the Yavapai, the Sioux, and the Shoshoni. There is a chapter titled LIFE AMONG THE YAVAPAI which tells of his experiences at Camp Date Creek and Camp Verde in central Arizona, January 1873 until May 1875. As new, unread copy in dust jacket.

The First Hundred Years. An Introduction To The …
THE GRAYLING AREA CENTENNIAL COMMITTEE

Two Manuscript Letters By And On Behalf Of …
WILLIAM AUGHEY

U. S. Engineer's Report On The St. Louis …
EADS, JAMES B. [CHIEF ENGINEER]