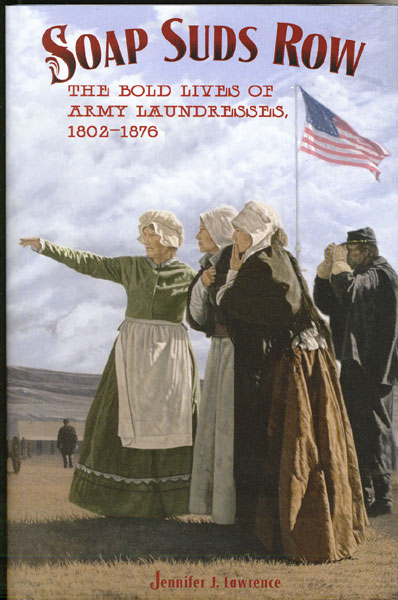 First edition. Limited to 200 hardcover numbered copies signed by the author. As new, unread copy in dust jacket. Women have always followed the troops, but military laundresses were the first to be carried on the rolls of the U. S. Army. They traveled and lived alongside the soldiers during two of the most important conflicts in United States history: the Civil War and the wars on the western frontier. These unorthodox, spirited women are a side of the military you never read about, and they were in the midst of military action. An interesting book that tells us of heroines, eccentrics, saviors, spies, prostitutes, crossdressers, wives, mothers, and adventurers. A well-researched, readable book about the long-neglected laundresses of the U. S. Army.

Recollections Of A Pioneer Lawyer
by Othman A. Abbott

John Ringo: The Final Hours. A Tale Of …
by Michael M. Hickey

Luigi Of Catanzaro.
by Louis. Golding