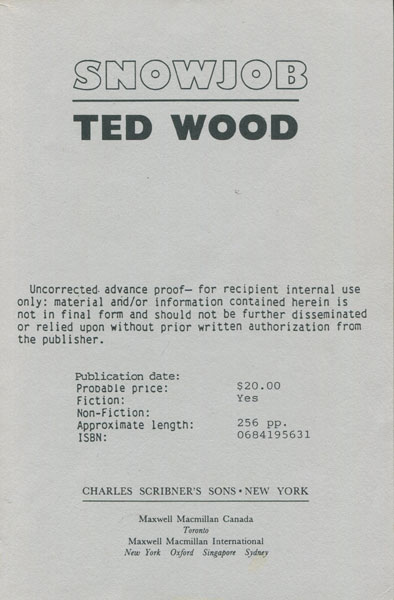 First edition. Uncorrected proofs. Near fine in printed wrappers. Officer Doug Ford is charged with the murder of a ski resort bookkeeper with whom he was having an affair. Policeman Reid Bennett investigates, quickly determining that Doug had been working on a case involving the mob and money laundering. And then Doug's daughter is kidnapped .....

A Call To Arms.
by Allan. Mallinson