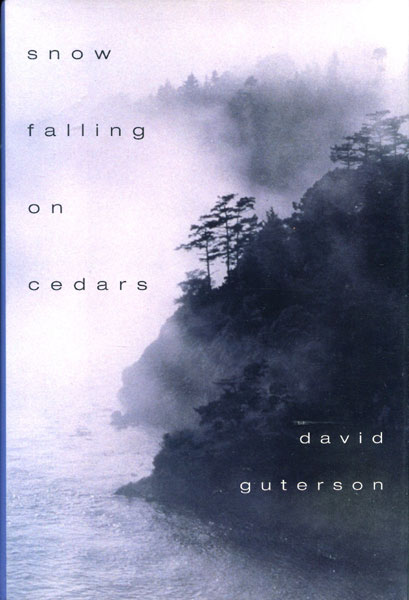 First edition. Fine in fine dust jacket. On San Piedro, an island of spectacular beauty in Puget Sound, home to salmon fishermen and strawberry farmers, a Japanese-American fisherman stands trial, charged with coldblooded murder. In 1954, Ishmael Chambers, a local reporter who lost an arm in the war, covers the trial of the fisherman, whose wife had been Ishmael's boyhood sweetheart. This is Guterson's acclaimed first novel and the basis for the 1999 film starring Ethan Hawke. Guterson was included on the list of Granta's 20 best young American writers. Winner of the PEN/Faulkner Award.