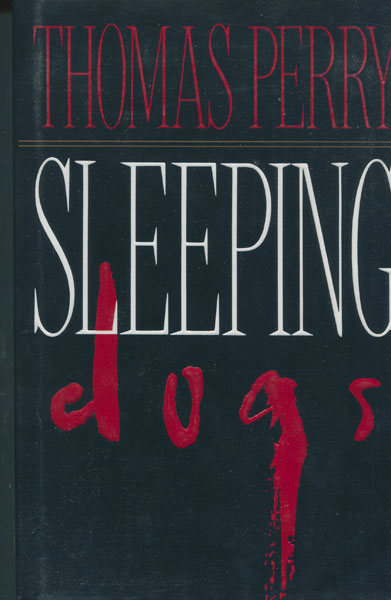 First edition. Signed. Fine in black dust jacket. This title was issued with two states for the dust jacket. One is a white background with red lettering and the word "Sleeping" in black. The other is a black background with red lettering and the word "Sleeping" in white. No priority has been established for either jacket. Today, he is a semi-retired American businessman living in England---ten years ago he was the best Mafia hit man money could buy. Today he has a price on his head, so he's been hiding in England until the day a soldier from the Talerese family tries to kill him. There's only one thing to do: Go back to the States and kill Tony Talerese before word of his whereabouts leaks to other families.

Fade To Grey.
by Jane. Adams

The Muddy Fork. A Work In Progress
by James Crumley