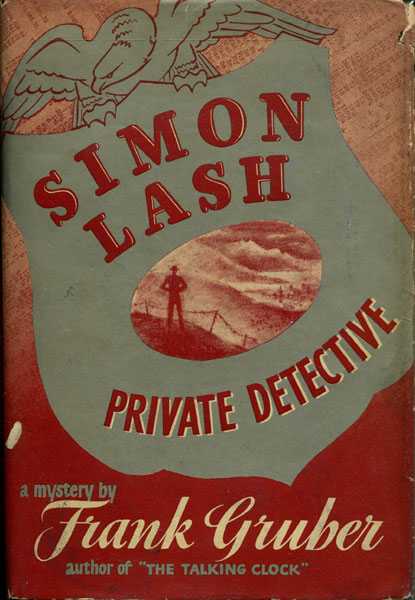 First edition. Fine, bright copy in dust jacket with light wear to the spine ends, corners, and extremities and evidence of a small old water stain to the rear cover. Top edges are clean and bright. The first book about Simon Lash, bibliophile and a laconic P. I. who only takes a case when he’s so broke that his assistant threatens to sell volumes from his book collection of rare Americana to pay bills. A man disappears and later turns up murdered, and he wasn't the first nor the only one to die. The scene shifts quickly from California to the mountains, deserts, and highways of New Mexico. Filmed in 1946 as Accomplice (Pathe) starring Richard Arlen in the role of Simon Lash. A nice copy of this scarce book in a dust jacket.

The Man Who Was There.
by N.A. Temple-Ellis

The Malcontenta.
by Barry. Maitland