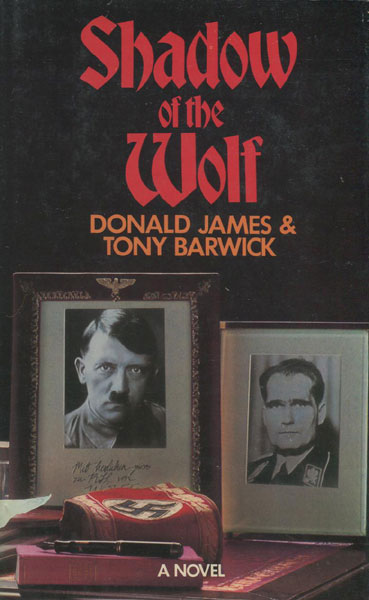 Shadow Of The Wolf.

by Donald And Tony Barwick. James

First edition, second printing. Former owner's name stamped on front fly leaf, else fine in price-clipped dust jacket. On the night of May 10, 1941, the second most powerful man in Hitler's Germany, Deputy Fuhrer Rudolf Hess, parachuted from a two-seater Messerschmitt 110 over Scotland. While captured and still unrecognized he gave his name as Captain Alfred Horn. Who was Alfred Horn? Do we really know why the Deputy-Leader of the most powerful military nation in the world undertook so mysterious a mission? Or where in fact he was heading?

Now We Are Dead
by Stuart Macbride