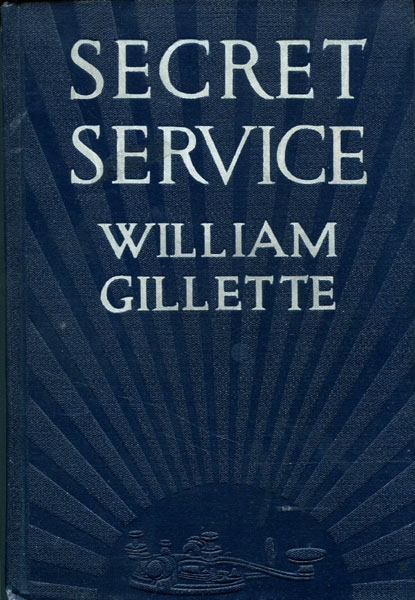 Secret Service, Being The Happenings Of A Night In Richmond In The Spring Of 1865, Done Into Book Form Fromthe Play By William Gillette.

First edition. 8vo. Near fine in decorated blue cloth. This is a novelization of the play, SECRET SERVICE, which was performed in 1898. Later in 1919 the play was adapted for the screen with a silent film by Paramount, and then in 1931 as a sound film by RKO Picture Studio. The author of this novelization was an Episcopal minister, who was also a writer of crime fiction. A spy novel set during the Civil War.

The Puzzle Of The Red Stallion.
by Stuart. Palmer