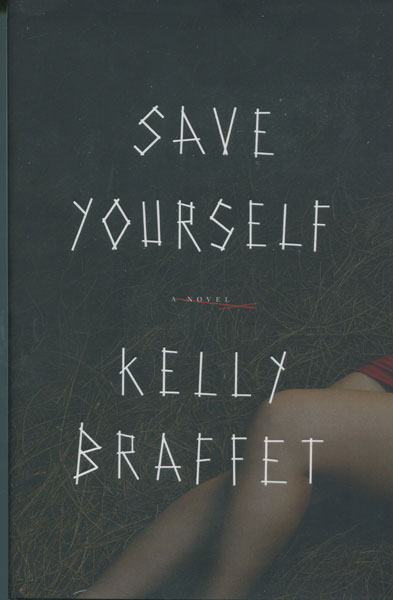 Other works by KELLY BRAFFET

First edition. Fine in dust jacket. "Patrick Cusimano and his brother Mike live in the shadow of their father, who hit and killed a child while driving drunk. After Patrick found blood and a child’s baby tooth embedded in the front of his dad’s car, he called the police, but the townsfolk in his Pennsylvania town haven’t forgiven him that he waited 19 hours before doing so. Now, the Cusimano name is inextricably linked to the sadness and horror of their imprisoned father’s deed. Meanwhile, Layla and Verna Elshere have parent problems of their own. Their dad, a “church leader” who reluctantly allowed his teen daughters to attend public school, infamously took on the school board and got a popular teacher fired for instructing students on sex education. Now, his daughters have become pariahs at their high school and are targeted by kids so mean that their behavior is downright sociopathic. To make things worse, the teachers and administration turn a blind eye to the torture of the Elshere girls. Fearing that telling their parents will only make matters worse, the two remain quiet about the physical and psychological attacks and, instead, resort to hanging around with a group of misfit goth kids who drink one another’s blood and plot against the other, more popular kids. When Layla’s path crosses Patrick’s, she only adds to the confusion he feels about his role in life: He lives with a brother he loves and Caro, the daughter of a schizophrenic who is terrified that she, or any children she may have, will end up like her mother. Unable to move forward with his life, Patrick seems doomed to tread water, until a terrible confluence of events erupts, leaving no one untouched."

Once Upon A Pond
GUTHRIE, JR., A.B

The Viceroy Of Ouidah
BRUCE CHATWIN

Write If You Get Work. The Best Of …
ELLIOTT, BOB & RAY GOULDING