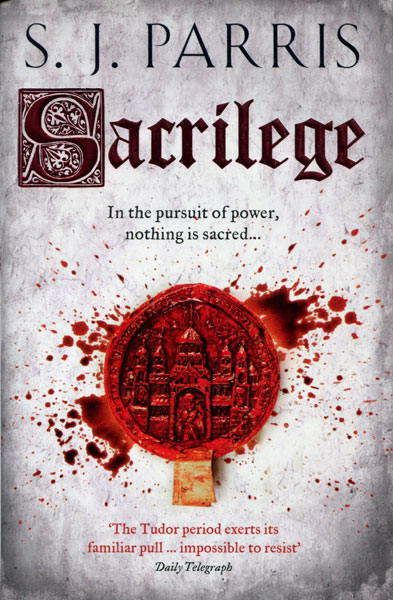 Other works by S. J. PARRIS

First edition. Fine in fine dust jacket. Summer, 1584. The Protestant Prince William of Orange has been assassinated by a radical Catholic, and there are whispers that Queen Elizabeth will be next. Fear haunts the streets of London, and plague is driving many citizens away. Giordano Bruno, philosopher and spy, chooses to remain, only to find that someone is following him through the city. Confronting his stalker, he realizes it's the woman he once loved and she's on the run, having been accused of murder. Bruno travels to Canterbury to help clear her name, and also on behalf of Sir Francis Walsingham. The Queen's spymaster has long suspected Catholic influence in the ancient center of pilgrimage, and instructs Bruno to work to expose any enemy plots.

An Agent In Place.
ROBERT LITTELL