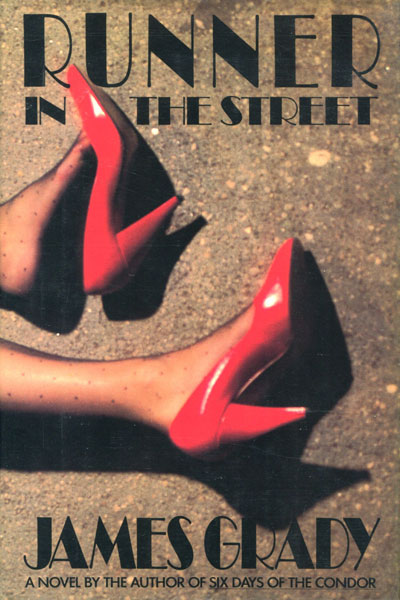 Runner In The Street.

Other works by JAMES GRADY

First edition. Review copy. Fine in dust jacket. Fine thriller from the author of Six Days of the Condor. PI John Rankin is asked to investigate the murder of prostitute Janet Armstrong, apparently killed by her pimp. Janet's father wants to know why his bright, Harvard-educated daughter would choose such a sordid life. Then Rankin is asked to look into the murder of Eddie Hampton. Earlier, Eddie had come to Rankin's office requesting he look into a congressional investigation. Rankin begins his investigation, focusing on the House General Oversight and Special Investigations Subcommittee ... and on Senator Robert Woodson, who might (or might not) be involved in corrupt doings. RankinAs investigations soon reveal that there may have been a connection between hooker Janet and a top Woodson aide.

The Patience Of Maigret.
GEORGES SIMENON

The Door Between. A Problem In Deduction.
ELLERY QUEEN